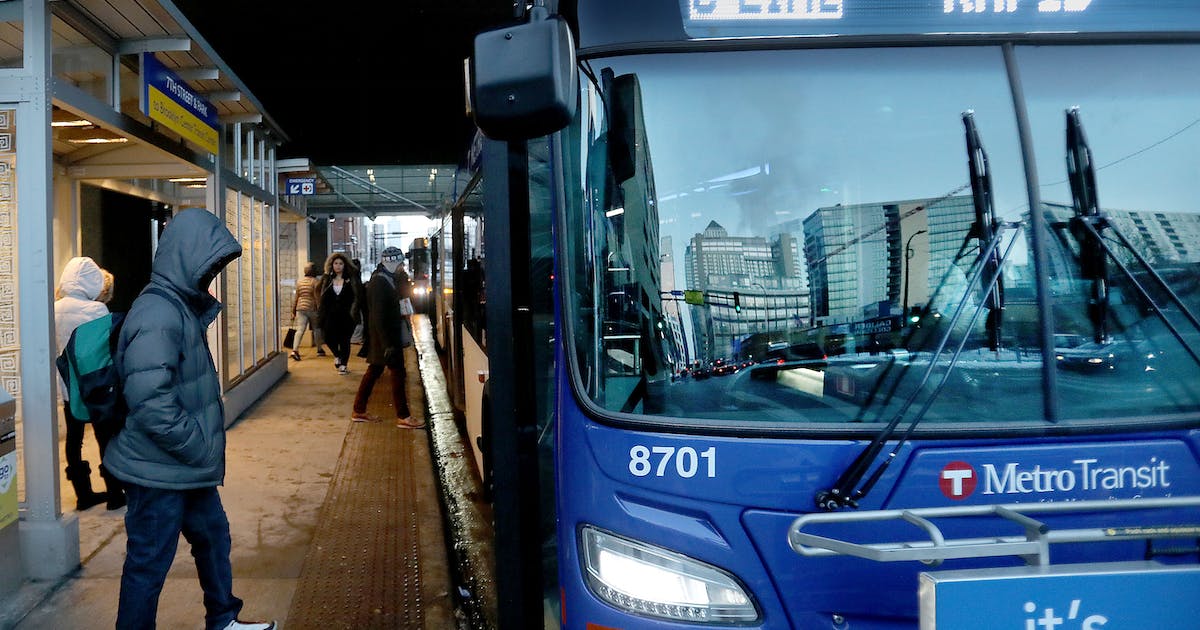 For transit riders, motorists, business owners, and anyone else who has ideas about Metro Transit’s plans for a rapid bus line that would run along Hennepin Avenue, now is the time to s ‘to express.

The Metropolitan Council, which oversees the transit agency, last week approved a recommended corridor plan for the proposed E line, which would connect the University of Minnesota, downtown Minneapolis and Southdale to Edina. The plan outlines the route the buses will follow and identifies where stops and stations will be placed.

The public can give their opinion online at metrotransit.org/e-line-project or submit your comments by email to eline@metrotransit.org or call customer relations at 612-373-3333 by April 8.

The suggestions could ultimately shape the final plan for the $60 million project before Metro Transit submits it to the Met Council this spring for final approval, he said.

Metro Transit received 561 survey responses and emails when the agency solicited feedback after rolling out its first version of the project. This resulted in two platforms being moved from one side of one intersection to the other, and a third being moved to a different block, O’Donnell Burrows said.

“We hope for a vigorous response,” he said.

Line E would largely replace Route 6, which before the pandemic offered around 8,000 trips a day. The 13.3-mile line would run primarily along France Avenue, Hennepin Avenue, 4th Street and University Avenue from Southdale Transit Center in Edina to Green Line Station Westgate in Minneapolis.

The service would run approximately every 10 minutes seven days a week during the day and most of the evening. Line E will stop at 34 locations along the route.

Rapid buses operate as light rail trains on wheels, stopping only at stations and platforms about 400 to 800 meters away. Riders pay fares at the platform before boarding and can get on or off buses through the front or back doors.

Route 6 buses are among the slowest. During rush hour, buses caught in traffic travel as slow as 8 mph. With fewer stops and faster boarding, rides are expected to be 20% faster compared to current ride times, Metro Transit said. Similar results were achieved on lines A and C, the agency’s first two rapid bus lines.

If approved, construction of Line E is expected to begin in 2024 and service would begin in 2025.

After a two-year hiatus, Miller Lite is bringing back its Free Rides program on St. Patrick’s Day.

On Thursday, revelers can ride Metro Transit and Minnesota Valley Transit Authority buses and trains for free starting at 6 p.m. until the last ride on each route.

The program has provided more than 1.2 million rides since St. Patrick’s Day since its launch in 1997.