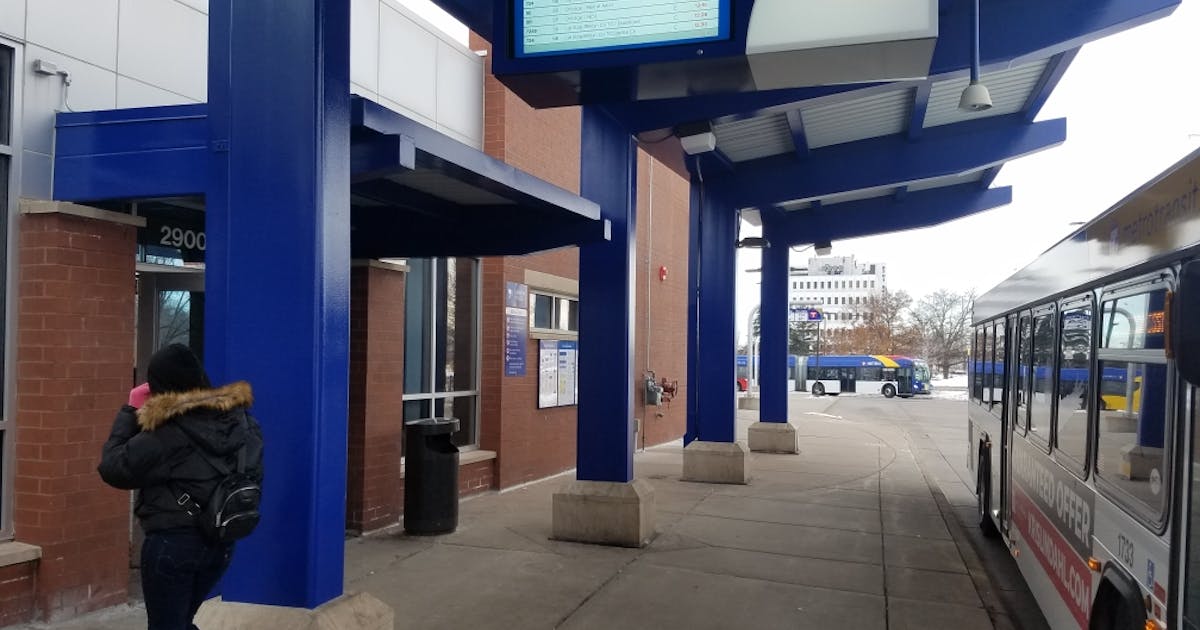 A few factories have yet to enter, electrically washed sidewalks and new canopies in the plaza have been touched up, but Metro Transit has largely completed a months-long renovation of the Brooklyn Center Transit Center.

Eleven entrepreneurs have teamed up to renovate the busy North Subway bus hub on Bass Lake Road across from Shingle Creek Crossing, where a Walmart and other smaller stores are located on the former Brookdale Mall site.

The most notable difference for passengers is that two small seating areas previously located at opposite ends of the rectangular building have been combined into a single centralized waiting area with benches, ticket machines and timetable boards. Wooden ceiling slats and better lighting were installed to create a more aesthetically welcoming environment, said Alicia Vap, project manager.

â€œIn its previous state, it was a very high, cold and industrial ceiling,â€ she said.

The toilets which looked quite run down were also refreshed with drinking fountains and new ceramic tiles on the walls and floors. The old waiting areas have been redeveloped into an improved lounge for bus drivers to relax between races and additional space for the Metro Transit police department.

One of the driving forces behind the remake of the center was the deterioration of the concrete in the plaza that made it increasingly difficult for pedestrians to access the station, Vap said. Concrete sidewalks were replaced, new awnings and seats at the east and west ends of the building were added, new bike racks were installed, and all signage was replaced.

The Brooklyn Center Transit Center is served by 12 bus lines and is a key connection point for northwest suburban bus users. Before the pandemic, there were around 2,900 boardings and 850 bus trips to and from the station daily, making it one of the busiest of the Twin Cities.

“So now is the right time to do it,” Vap said of the renovation project.

The exterior of the building will be splashing this summer. Metro Transit has partnered with the Brooklyn Center to have artists create murals on exterior walls. An unveiling is scheduled for June 26.

Inside, a TV screen will show “programmable artwork,” Vap said.