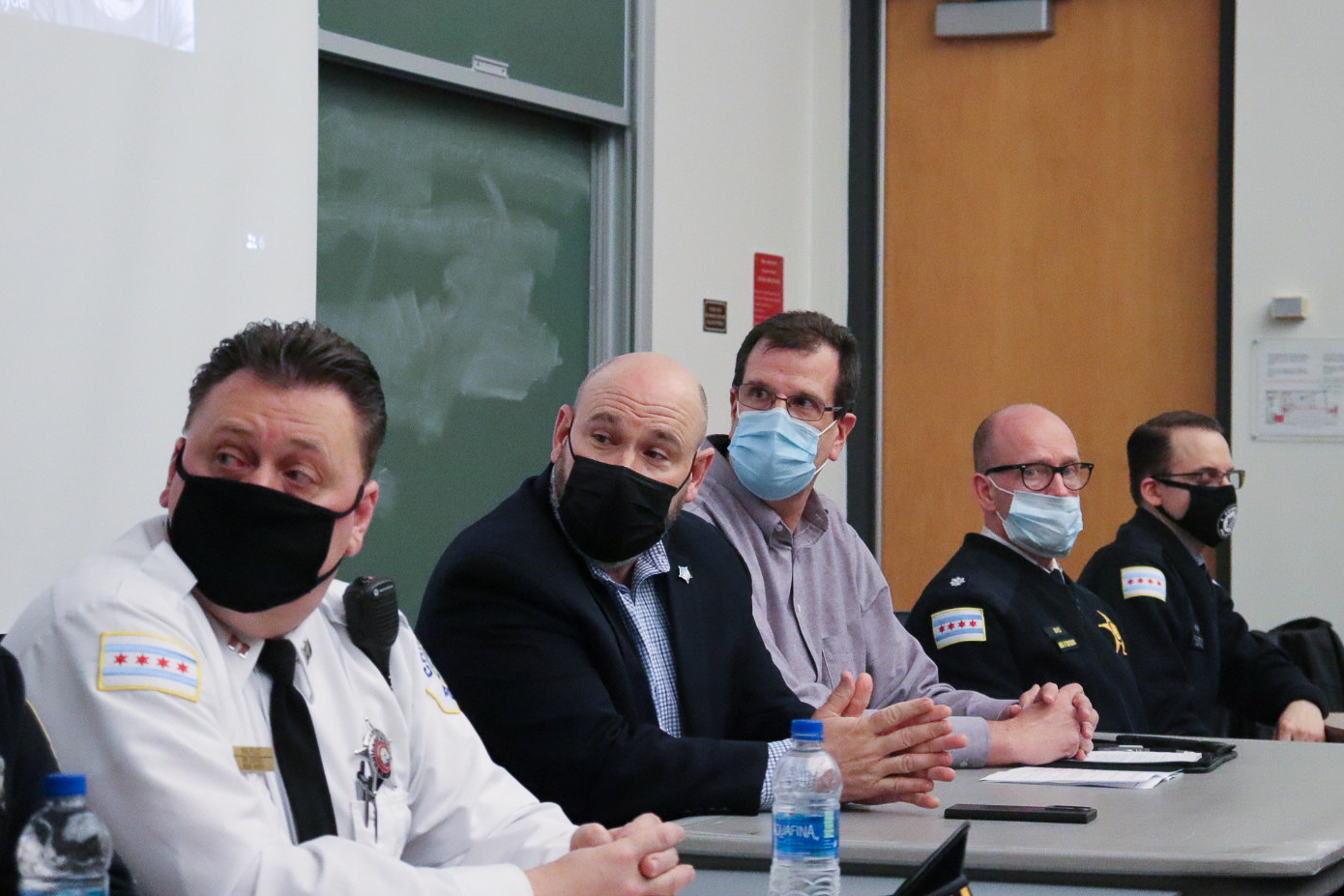 Questions had to be submitted before the event via the Google Form.

“We have seen an increase in robberies in our community over the past year,” Smith said. “Usually late at night when the bars close, there’s always been [crimes] it happens.”

Smith also included the increase in hate crimes in Chicago against Asian Americans and Jews.

“It’s been a pretty big year for this right and so we stand with our Asian neighbors,” Smith said. “There has also been an incredible rise in anti-Semitism in other ‘isms.’ I am grateful that we have units that can focus on this, and that they are moving into the political system to fully support all of these efforts to defend the rights of Asian Americans and Muslim Americans.

DePaul commuter students can use the Brown or Red line at Fullerton station to travel from Lincoln Park to the Loop campus.

The students were concerned about the Jackson Red Line stop and how DePaul and the city were monitoring crime at the subway station. The recent increase in crime on the CTA, with 45 such crimes at the Fullerton or Jackson stops, according to previous reports.

“Jackson, I can tell you, will remain a priority,” Ryan said. “It’s not just DePaul’s students, we’ve seen other problems at Jackson.”

Due to student concern, Ryan said the CPD would monitor the Fullerton stop overnight. Meanwhile, the Jackson stop is monitored by CPD 24/7, with security personnel and redline officers at night between the Jackson and Fullerton stops, according to Ryan.

SGA senators and students had the opportunity to pose questions to Wachowski near the end after other panelists left. The students wanted to see if DePaul could invest in private shuttles from Lincoln Park to the Loop.

“I don’t have the resources,” Wachowski said in response to that request.

Students have submitted questions about the lack of mileage during the annual finale week Vinny Vans, which offers free rides home to students who live two miles or less from campus. Wachowski said he would work with SGA to eventually expand the boundaries.

Other concerns included greater transparency on security alerts after a gun was brought to the Daley Building and students were not notified.

The SGA announced that it wanted public safety town halls to occur regularly, as it was the first in a year.