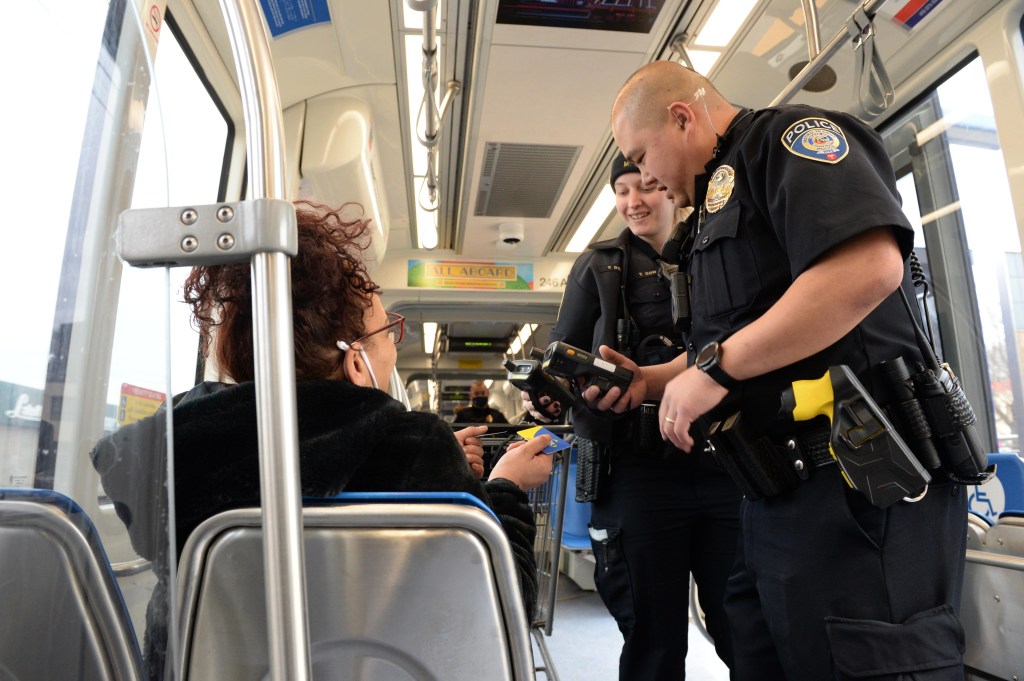 Is Metro Transit ready for the return of Twin Cities commuters?

As Dakota County’s transportation coordinator specializing in services for the elderly and disabled, Robyn Bernardy is sometimes transit’s biggest advocate.

Bernardy of St. Paul’s Highland Park introduces new riders to bus and light rail options, and many are pleasantly surprised at how easy it is to save money by running errands or driving to downtown St. Paul or Minneapolis without ever setting foot in a car.

Yet even Bernardy has been surprised for the past two years watching other Metro Transit riders light up a cigarette or a litter in front of her.

“It’s really surprising how much this happens, especially on trains,” she said. “You want to take people on the bus and you want to give them that really good first experience, so next time they’ll do it themselves.”

FREQUENCY HAS NOT YET REBOUNDED

Early in the pandemic, when relatively little was known about the coronavirus, Metro Transit openly discouraged non-essential workers from boarding.

Bernardy stuck to cycling, running and walking or working from home whenever possible, primarily to avoid COVID-19, and those habits have stuck, especially in light of service cuts. of public transport. In short, she is a defender of public transit who no longer relies much on public transit. And in doing so, she joined a large group of former passengers eager to see improvements to the system, but reluctant to regularly return to the bus or train.

For transit providers, it has been a tough two years, judging by ridership, service cuts and public safety incidents. A man was fatally stabbed in the neck on a bus in the Uptown neighborhood of Minneapolis around 2 a.m. last Sunday. But Metro Transit officials say year-over-year crime reports have plummeted and ridership has increased nearly every month since April 2021.

Yet ridership is still about half of what it was before the pandemic.

As downtown St. Paul and downtown Minneapolis gradually reopen to office workers, sporting events, concerts, and the vendors and services that support them, what might attract passengers to bus and light rail?

Fewer transit drivers mean skipped or delayed rides are common, and Metro Transit police are down to dozens of their authorized strength.

“The biggest challenge we face, in all areas of our operations, is staffing,” said Laura Baenen, spokeswoman for Metro Transit. “Despite aggressive and ongoing hiring efforts, the Metro Transit Police Department, like many police departments across the United States, is understaffed and finding it harder to hire new officers.”

To attract new workers, the transit company is offering a $4,000 hiring bonus to full-time officers, community service officers are now eligible for benefits, and marketing and outreach efforts such as job fairs have increased. In a tough job market, that just wasn’t enough.

Some longtime passengers have complained that public transit has become less frequent and less reliable.

Metro Transit suspended all night service in March 2020, and weekend light rail services still end around midnight, or even earlier depending on the stop, whether there’s a major sporting event or a concert. downtown. Additional route and service cuts followed, often along lines parallel to existing light rail lines or other bus lines.

The Northstar Commuter Rail from downtown Minneapolis to Big Lake, which once made 14 daily trips on weekdays, now makes four — two northbound and two southbound — and none on weekends, not even during major downtown events.

“Some of these transit reductions are really scary to see,” Bernardy said. “We absolutely have to fight for more services and better services for people who rely on public transport and cannot work from home – people in low-income communities, people with disabilities, people who are not users of choice.

Used to ride daily until Covid. Not since. Mainly concerned about driver shortages/cancelled routes affecting my time back home.

Even before the pandemic, the proliferation of homeless passengers and transients using light rail to stay warm at night added to difficult conversations about the best ways to meet the needs of the most vulnerable without compromising service to students. and to workers.

Given low nighttime attendance and unruly behavior, the Green Line’s nighttime service was suspended months before the pandemic.

When it comes to attracting passengers, “it’s going to take time,” said Kyle Orf, who lives without a car along the Green Line. “There’s the avoidance of COVID, the avoidance of homelessness, the avoidance of ‘other people’ that we — Minnesotans in particular — need to move past. To be honest, I think one of the best things to do with the (state) budget surplus is to make public transit free.

Even on some day trips, passengers say near-empty buses and train carriages added to a general sense of disdain. Fewer cigarette butts in the seats means fewer eyes keeping watch, and it’s not uncommon to now see passengers in a moving transit car drinking from an open container of alcohol. On some trips, litter abounds.

Baenen, the spokesman for Metro Transit, said that while hiring agents has been a challenge, the transit authority has increased staffing at its real-time information center “to improve our ability to monitor security cameras, mainly on light trains. The center is now staffed with a team of people who monitor the video from 6 a.m. to 10 p.m., Monday through Friday, and from noon to 10 p.m. on weekends. By leveraging technology, the department maximizes its current resources. »

Due to the shortage of sworn officers, Metro Transit is “targeting resources on areas of the transit system that demonstrate the greatest need for police attention,” she said, and uses data mapping which takes into account service calls, reports from bus operators and customers. complaints. Officers are tasked with patrolling high-traffic areas and hotspots more frequently, and the transport authority hopes to contract out outside security at high-traffic transit stations on a pilot basis.

During the pandemic, the Metropolitan Council, which oversees the Metro, formed a Metro Policing Task Force which released a 17-page action plan of recommendations to address safety concerns raised by the community and employees. These recommendations will be presented to the Met Council for adoption – likely in June – with public progress reports to follow.

Still, some societal issues — like housing for the homeless — are bigger than anything a transit agency can solve on its own, and other key decisions might be beyond Metro Transit’s immediate control.

For example, under state law, only sworn officers can issue tickets and fines to fraudsters. Met Council officials have asked the Legislative Assembly for the power to issue administrative citations – non-criminal penalties that could be imposed by government employees who are not sworn officers.

This would allow Metro Transit police to focus on other criminal matters rather than serving primarily as collectors.

RELATED: Transit Crime Is a Barrier to US Cities Returning to Pre-Pandemic Life

B Kyle, president of the St. Paul Area Chamber of Commerce, said issues around public safety are especially timely given the long-awaited arrival of Viking River Cruises from New Orleans to downtown New Orleans. St. Paul this summer.

“St. Paul will have a tremendous opportunity to showcase our community, our energy, our vibrancy,” Kyle said, in an email. “We want to welcome tourists with a clean, safe and fun experience. be prepared to achieve it.”

No, the light rail isn’t “running empty,” at least not at 7:41 a.m. at Stadium Village westbound after trains were delayed about 10 minutes at Rice Street for passenger medicals… pic.twitter.com/csWzz3h51f

Metro Transit ridership is half of what it was before the pandemic. There were 32.9 million passenger trips last year, compared to 77.9 million in 2019. Here’s a brighter spot: Ridership has increased almost every month since April 2021. Until the end of March, more than 8.4 million trips were made this year, up 21% compared to the same period last year. More information is online at metrotransit.org/performance.

Metro Transit groups crimes into Group A (robbery, theft, assault, vandalism, drugs) and Group B (disorderly conduct, alcohol-related offences, trespassing and other offences). The most common Group A crime last year was vandalism, which accounted for 42% of all crimes reported by metro police.