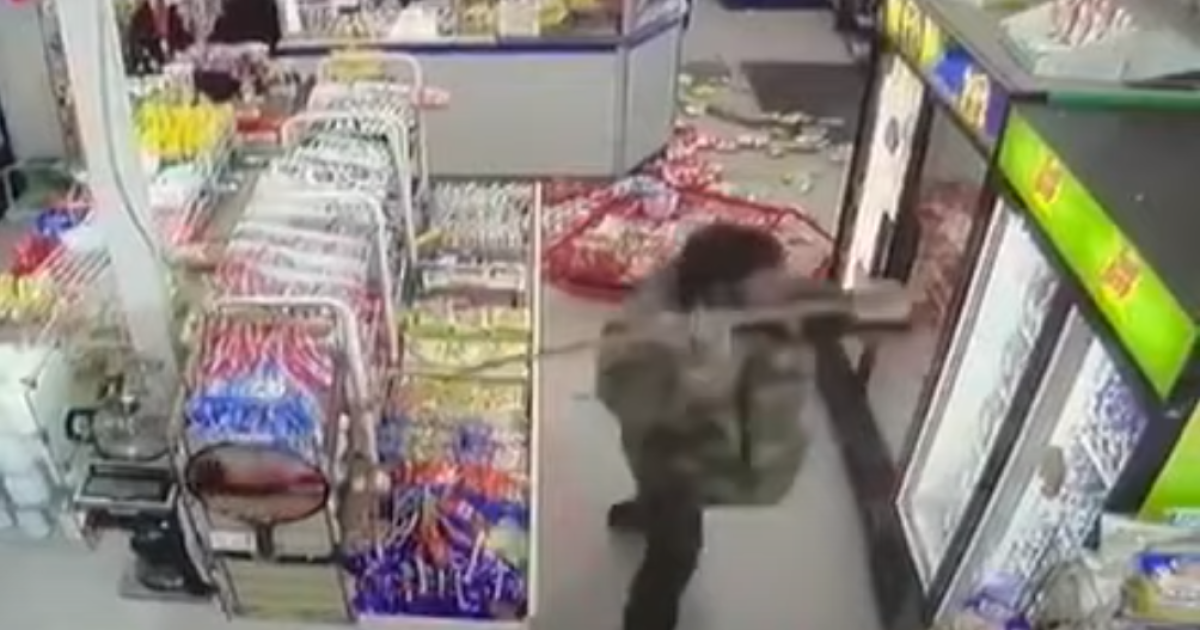 A man was arrested and charged with attacking a Korean-owned convenience store in downtown Charlotte on Tuesday.

The attack took place on Tuesday, March 30 at the Plaza Sundries convenience store at the Charlotte Transit Center in upscale neighborhoods. Surveillance video posted on YouTube shows a person entering the store and knocking over a merchandise display, then violently hitting the store’s soda coolers with a metal sign post as customers rushed to leave.

In an interview with Charlotte’s Observer, the owners’ son, Mark Sung, said the assailant also made verbal threats and was later joined by a man, apparently a friend, who had encouraged him. When police arrived, the assailant used a Monster energy drink, Sung said.

After the police arrived and the alleged assailant was arrested, Sung told the Observer that his parents closed the store to clean up, but the assailant’s friend returned and continued to harass his parents. parents. Later, when her mother left to use the bathroom, the man followed her, making comments and poses of a sexual nature.

In a statement, the Charlotte Area Transit System (CATS) confirmed that a 24-year-old man was arrested at the Plaza Sundries store on Tuesday in connection with a violent attack.

The transport system identified the man as Xavier Rachee Woody-Silas. He was charged with damage to property, theft with a dangerous weapon, communicating threats, the offense of theft, disorderly conduct and resisting, delaying and obstructing officers.

Police were also pursuing a potential charge of a misdemeanor of ethnic intimidation under North Carolina’s hate crimes law, at least in part based on alleged statements made to the store clerk, CATS said. Additionally, Woody-Silas has been banned from all CATS facilities and services.

The transit system claims that the security system it contracts with, G4S, has since increased its presence at the transit center.

A GoFundMe campaign was created as a result of the attack by a self-identified niece of the owner. Fundraising donations shot up quickly on Saturday morning, reaching $ 31,000 from over 600 donors by noon.