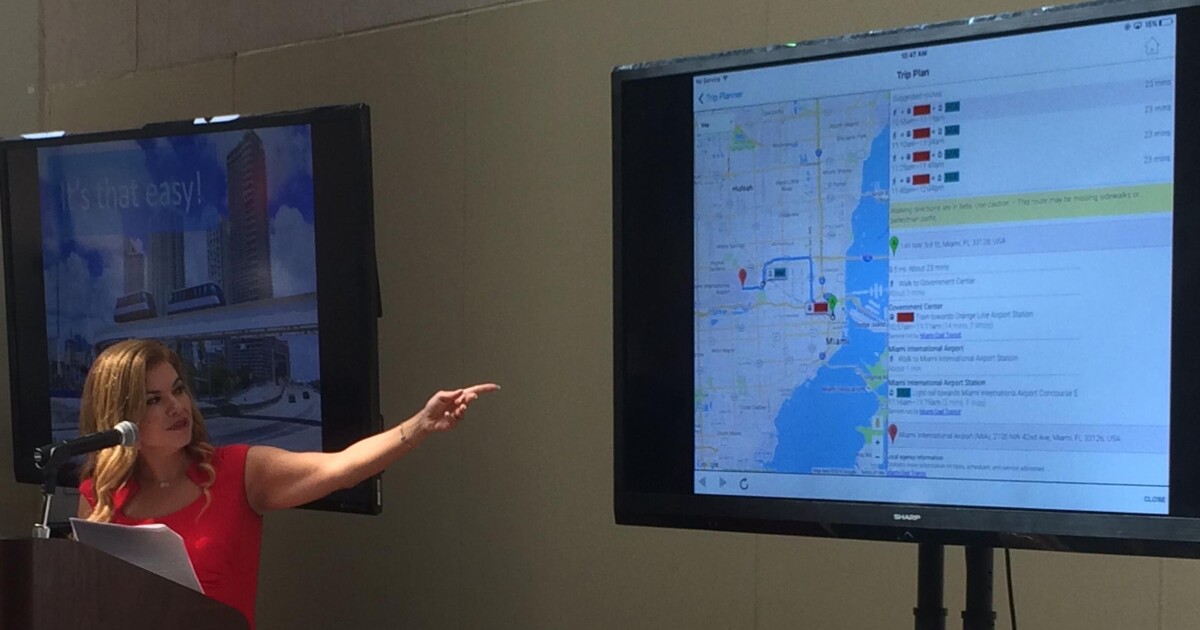 That’s the message Miami-Dade County is sending to commuters with an upgrade to its Transit Tracker smartphone app. The updated app offers real-time Bus and Metrorail tracking, and has a new assistance tab. It also includes the timetables for most of the county trolleys and uses geolocators to provide lists of the nearest bus and metro stations.

â€œWe’ve been around the world to see the functionality, how to get users to the point where they get the information they need as quickly as possible,â€ said Alice Bravo, director of the Miam County Department of Transportation and Public- Dade. Works.

â€œThe way it was set up before, you really couldn’t get this data in a useful way,â€ Bravo said.

The county is promoting the use of the Transit Tracker app – and public transportation – by providing free transit passes in August and September. Passes are valid for seven days and can be won through contests and sharing information about the app on social media.