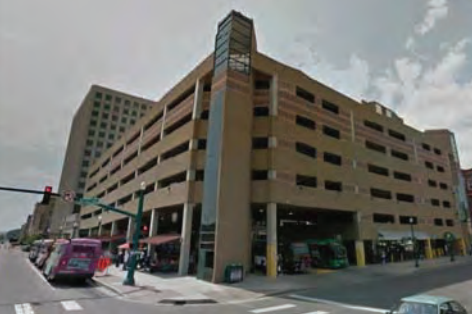 COLORADO SPRINGS, Colo. (KRDO) – Planners have been talking for years about building a new transit hub to replace the current facility built in 1976 on the corner of Nevada Avenue and Kiowa Street in the downtown core.

In a December 2017 final report on a study on the matter, planners revealed that the preferred site for a new center is an area bordered by Colorado Avenue, Cucharras Street, Sahwatch Street, and Sierra Madre Street, which is part of the neighborhood of revitalization of downtown southwest. .

However, city administrators said on Thursday that negotiations to acquire the property from the owner have yet to be settled and there will be no comment until the situation is resolved.

According to the report, planners chose the aforementioned location in part because of its proximity to existing rail lines that could one day be used for commuter, light rail, or high-speed rail service to the to come up.

Other advantages of the site, the report says, include: proximity to Interstate 25, existing shuttle transportation between Old Colorado City and Manitou Springs, and attractions such as the Olympic and Paralympic Museum and America the Beautiful Park; and have the potential for future development to revitalize the region.

The report explains that while one owner owns 75% of the property, 25% in the northeast corner of the plot is owned by two separate people.

As a result, the conceptual drawings of the project do not include the minority plot and are illustrated as a gray-shaped cube; planners hope the plot can be part of the project in the future, as this would include space for development – possibly as part of a public-private partnership.

A public square would be part of the proposed transit center.

The old Greyhound terminal on Weber Street downtown has been closed and is expected to be demolished; passengers must now board in the Park & ​​Ride parking lot under I-25 between Nevada Avenue and Tejon Street; tickets can be purchased online or in person at the corner of Nevada and Rio Grande Street.