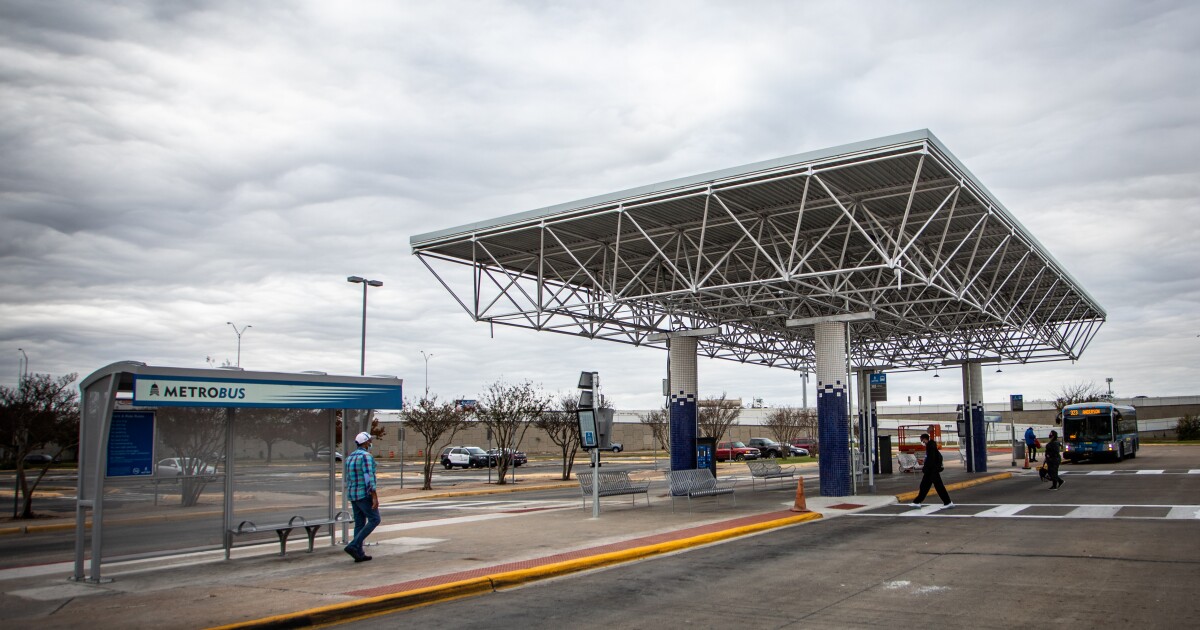 Capital Metro is putting the finishing touches on a half-million-dollar renovation of the North Lamar transit hub. The facility was built as a Park and Ride in 1986 – a year after CapMetro was founded – near the intersection of North Lamar Boulevard and US 183.

The rehabilitation project is designed as a short-term solution for a facility that could potentially see more than $ 100 million in upgrades. Austin’s two light rail lines are slated to end at the NLTC when they begin operating later this decade.

Capital Metro still plans to install a sign on the pavilion, add security cameras and install additional lighting. When completed, the cost of the project will total approximately $ 570,000.

Most people moving through the transit center seemed to appreciate the improvements.

“It’s a lot better than before,” said Douglas Curtis, who had just stepped off a bus. “It was really bad.”

Other runners said they wanted the agency to heed long-standing calls to add public toilets to the NLTC.

“We all need a toilet because sometimes we can sit on the bus for up to two hours to go somewhere,” said Nellie Elizabeth Moore after getting off.

“Anytime you don’t have a public toilet and it takes an hour and a half to get anywhere in town, people are going to have to pee,” Keiarra Ortiz said while waiting for a bus.

A small, self-contained toilet at the NLTC is locked and requires a badge to access. The facility is reserved for bus drivers and other agency employees.

Capital Metro told KUT that although it has not included a public toilet in transportation facilities in the past, the agency is considering doing so.

“We have presented our board of directors with the review of public toilets over the years and are working to identify how they might be integrated into our facilities in the future, especially as part of Project Connect,” said CapMetro in a press release.

The NLTC remains a focal point for Project Connect, the $ 7.1 billion transit expansion approved by voters in November 2020. The main feature of Project Connect – a pair of light rail lines – will begin at once. at the NLTC, will head south and diverged at Republic Place in downtown Austin.

The first plans call for the light rail platform to be installed next to the NLTC in the median of North Lamar Boulevard. Planners are currently focusing on how to connect this central hub to bus services in an area designed to prioritize vehicle traffic.

“They present challenges for pedestrians and cyclists,” said Jana McCann, architect and urban designer hired by CapMetro to work on the project, during a community design workshop to gather public feedback.

The construction of the light rail station is still a long way off, but is expected to usher in big changes.

“The North Lamar Transit Hub station will likely represent an investment of over $ 100 million at any given time,” Randy Clarke, CEO of Capital Metro, recently told members of the board of directors. “You talk about a large regional transit center. “