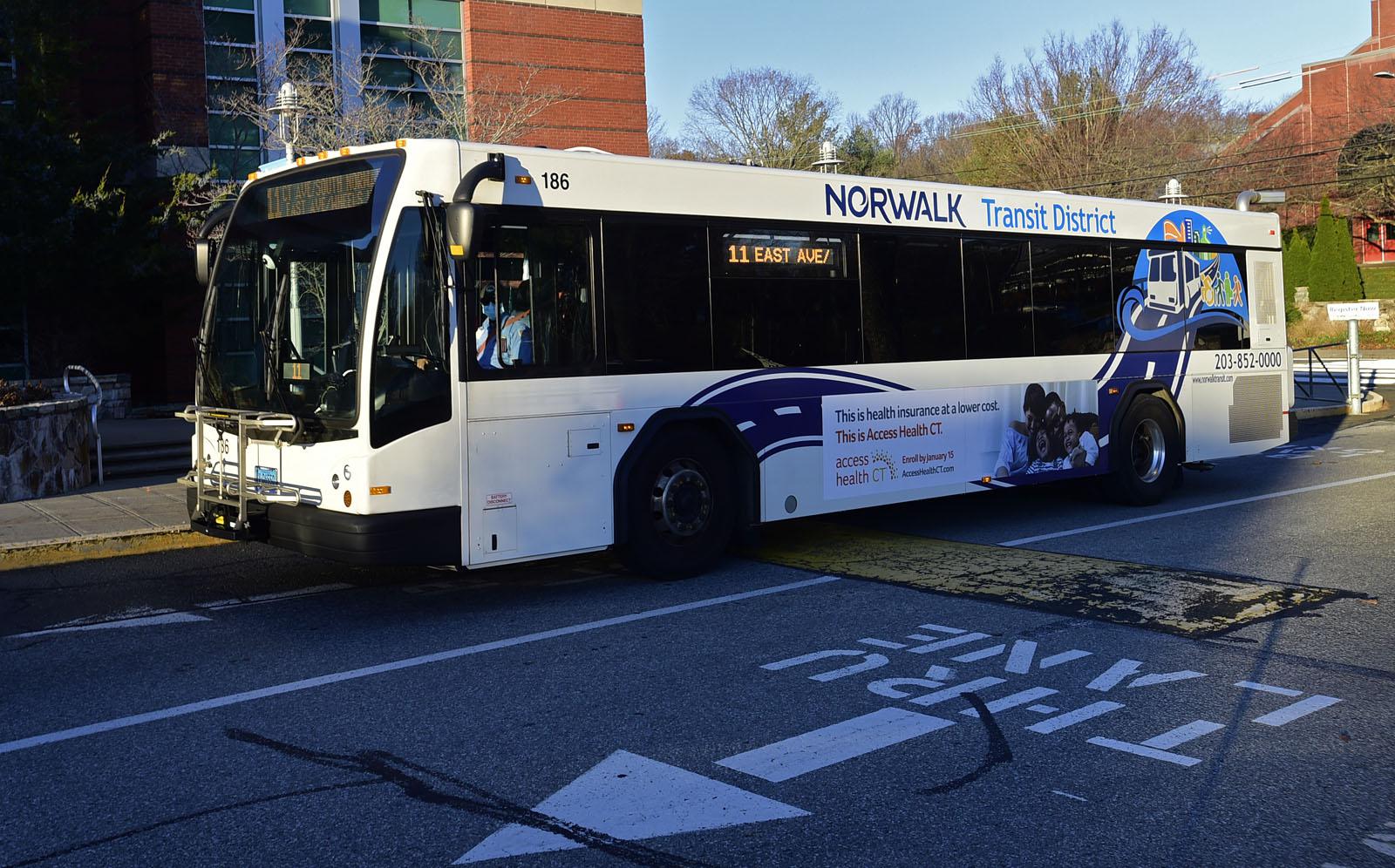 Norwalk Transit District CEO Kimberlee Morton presented a new proposal to the community college community on Monday that would add three more trips to the Route 11 bus route in the morning. The additional trips would cut wait times from 40 minutes to 20 minutes at the South Norwalk Metro-North station.

The presentation took place about a month after the The CNC community protested near the campus bus stop, demanding that the transit district save the commuter shuttle.

“Today was a real victory for NCC students,” said Robert Emigh, a college professor and chair of the Committee for Active and Responsible Environmental Sustainability (CARES), on Monday. “Although the shuttle will no longer be operating, NTD has agreed to a schedule which in the morning would limit the waiting time for NCC students at South Norwalk station.”

The shuttle service was suspended in March 2020 at the start of the COVID-19 pandemic, and it has not been brought back online.

Morton will present the proposal to Norwalk Transit commissioners at their next meeting, scheduled for March 24. The district will then have to hire a new driver. Morton told the university community that she hopes to expand the service by the start of the fall semester, if not this summer, according to Emigh.

Emigh said he and others at Monday’s meeting appreciated that Morton came directly to campus to present his proposal. He also thinks more students will take the bus as they see the convenience of the new schedule.

“I am very pleased that the transit district and community college have developed a plan that will meet the needs of students,” Norwalk Mayor Harry Rilling told Hearst Connecticut Media. “They depend on transport from the station to the college and any disruption in service would likely lead to a disruption in their education.”

The extra trips are a permanent change from Route 11. Emigh said Morton shared that the district may expand afternoon services in the future.

The college’s Committee for Active and Responsible Environmental Sustainability and the Transit District originally collaborated in 2009 to establish the shuttle, with service beginning in the spring of 2010. Nearly a quarter of the school’s 5,083 enrolled students depend on public transport to get to class.

2022-03-02
Previous Post: Increased bilateral and transit pass quotas with Bulgaria
Next Post: On the way to a new era of active transportation