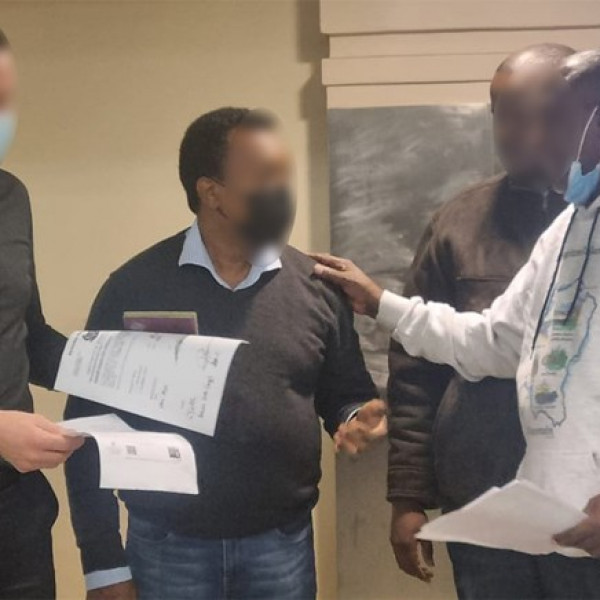 NAIROBI, Kenya – Notorious Eritrean-Dutch human trafficker arrested in Kenya’s capital Nairobi, International Police [INTERPOL] confirmed, a few days after his arrest, to put an end to the long search for his fate.

John Habeta, 53, has been linked to a string of human trafficking cases in East Africa and around the world, with his favorite destination being Europe. Its victims are mostly children and women, various police reports have confirmed.

Interpol said John Hobeta was arrested at Schiphol International Airport in Amsterdam on December 25 after his arrest in Kenya. His arrest, Interpol confirmed in a statement, came after years of failed police traps around the world.

Kenyan police arrested John Habeta in Nairobi on December 16 as part of a coordinated undercover operation between the Dutch and Kenyan authorities with the support of the INTERPOL General Secretariat headquarters, the statement said.

Acting on INTERPOL intelligence leads from around the world, the INTERPOL National Central Bureau [NCB] in The Hague alerted the Kenyan BCN to the fugitive’s presence in Nairobi on December 10.

An INTERPOL Red Notice – or international fugitive alert – was issued the same day for human trafficking and use of false identity documents to carry out transcontinental trafficking operations, triggering the surveillance and arrest of the suspect on the outskirts of the Kenyan capital.

The Dutch national remains in detention in the Netherlands until the trial where, if found guilty, he faces a sentence of up to eight years in prison. Habeta was allegedly involved in at least four different operations aimed at smuggling groups of Eritrean nationals into Europe via routes from Asia.

INTERPOL’s specialized unit on Migrant Smuggling and Human Trafficking identified Habeta as a high priority target in October 2020 when member countries alerted INTERPOL to new leads regarding global fugitive smuggling activities, which have were immediately shared with the BCN in The Hague.

Smugglers’ unions are run like businesses with high profit margins and links to a wide range of serious and often violent crimes, including illicit money flows, corruption, terrorism, trafficking in illicit goods, and human trafficking. human beings, the statement added.

In April, Operation Weka mobilized 24 countries of origin, transit and destination, enabling authorities in Africa and Europe to rescue nearly 500 victims of human trafficking and identify some 760 irregular migrants. .

The two operations boosted regional law enforcement cooperation in the field of human trafficking and triggered associated police investigations on all continents on targets like Habeta.

“John Habeta aka Obama, who holds Dutch citizenship but owns property in Leeds, and who for a price of $ 20,000 or more per
chef organized the travel of people from Sudan to Singapore and the Philippines.