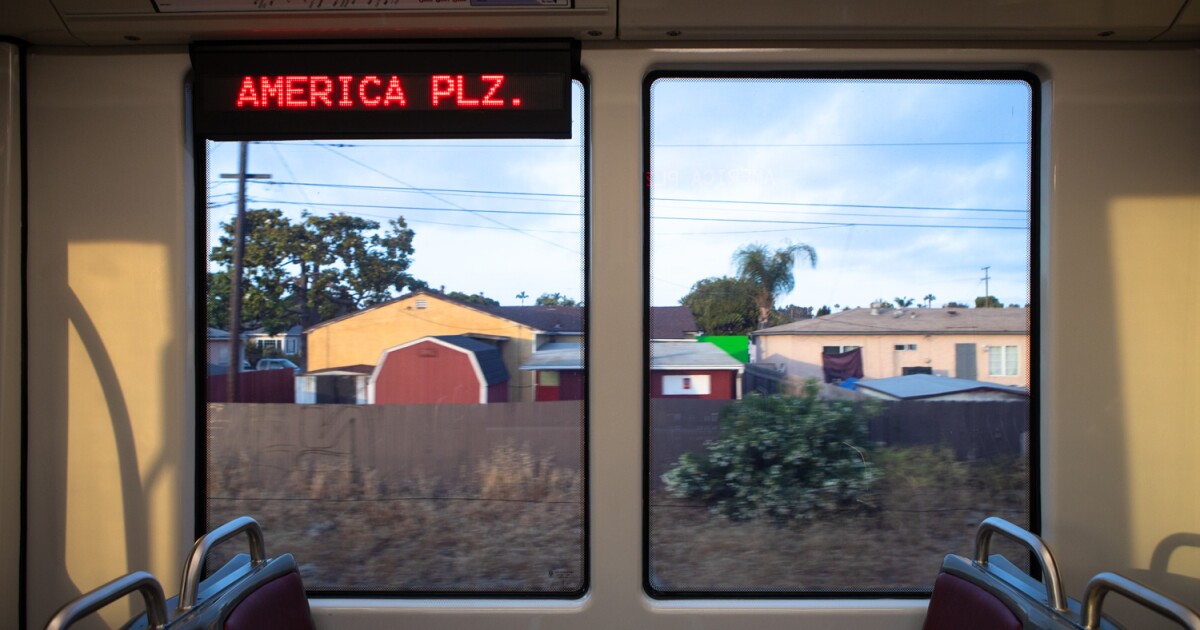 Over the past few weeks, I’ve spent time photographing Blue Line passengers of the San Diego Metro Transportation System and people passing through the San Ysidro Transit Center. The often crowded downtown scenes reflect some of the people and dynamics that shape the neighborhood along the US-Mexico border.

While photographing, I met Michelle Arenas, a mother who was boarding a shuttle to Las Vegas with her three children and a few large suitcases. It was the last stop on a long journey home after attending a wedding in MichoacÃ¡n. Another afternoon, a bunch of red roses that Emmanuel Alvarado bought for his girlfriend’s graduation party caught my eye from across the streetcar tracks.

One of my favorite moments was photographing brothers Isaac and Ulisses Diaz as they watched the world go by through a wagon window. They were traveling with their mother to buy a puppy in Tijuana.

The station is the southernmost stop on the busiest line of the San Diego metro transportation system. It sits at the entrance to Tijuana, one of the busiest land border crossings in the world, but it suffers from a chaotic design of disjointed terminals and busy intersections.

Seven years ago, SANDAG and other agencies unveiled a $ 150 million expansion plan for the center that has not happened. Now my inew source reports colleague Jennifer Bowman, SANDAG says it will become a “mobility hub” under new plans.

These photos capture the scenes behind Jennifer’s story, which details the resort’s history as well as the hopes and challenges for its future.