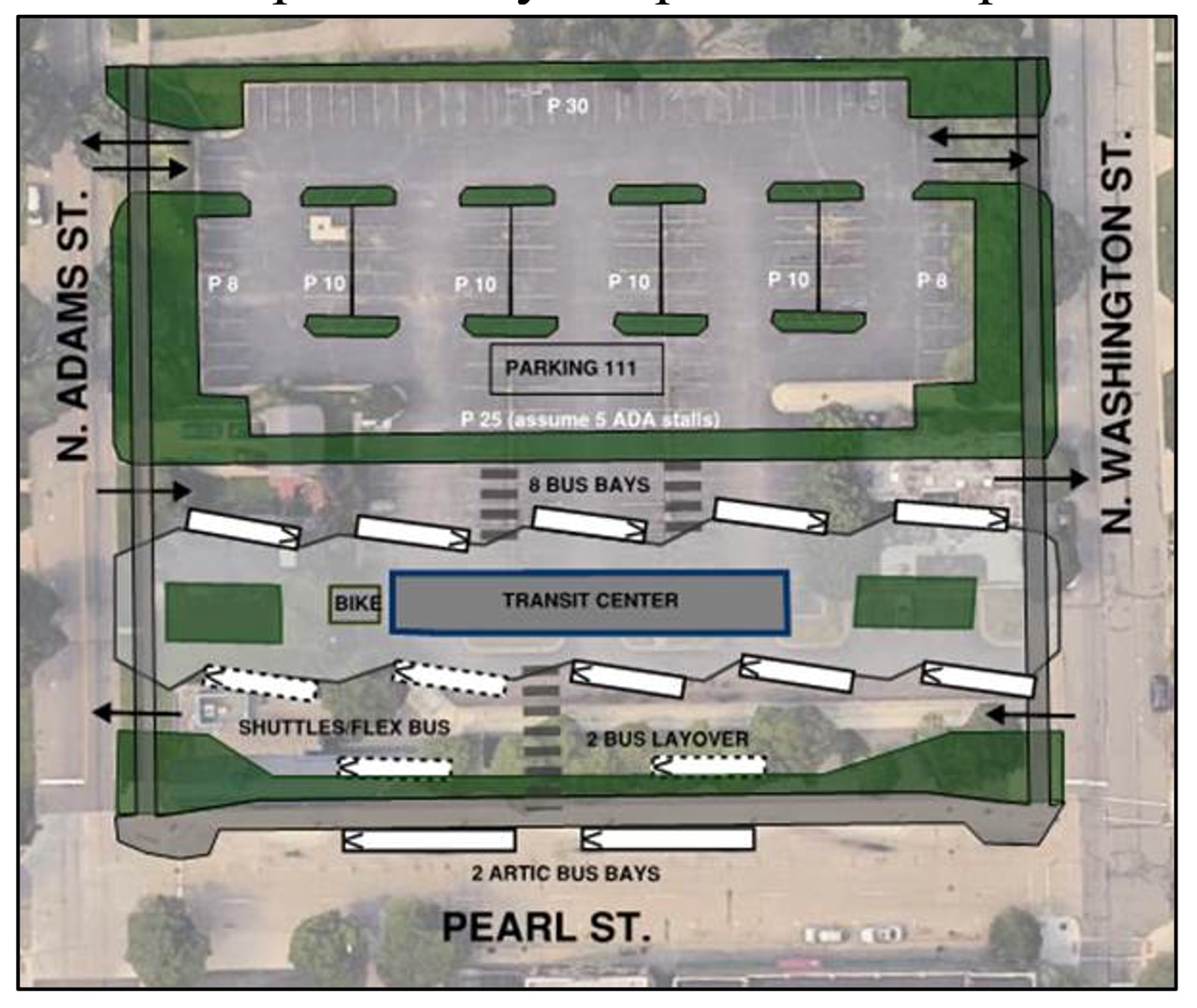 “We’re talking about completely tearing down the existing facility and building something much bigger,” said Matt Carpenter, CEO of the Ann Arbor Area Transportation Authority, also known as TheRide.

It’s a project the agency has been planning for several years and has included as one of the projects to be funded under a new tax proposal that could go to local voters in August.

Carpenter announced the federal allocation of $300,000 when presenting mile’s proposal to the agency’s board Thursday night, March 17, noting that the agency submitted the request to federal lawmakers last year. .

“After not hearing anything for a while, we had just assumed we hadn’t made it. We found out yesterday that we had,” he said, calling it wonderful news and thanking Peters.

Prior to the pandemic, agency executives considered several options to relocate or redevelop the Ypsilanti transit hub, believing the current Pearl Street facility was too small to handle the growing ridership TheRide was seeing.

Although ridership has declined during the pandemic, the agency is anticipating post-pandemic recovery and planning for a potential major expansion of transit service in the years to come.

After reviewing several sites, including off Michigan Avenue, the agency’s preferred location for a new Ypsilanti transit center is still the current block, although the station that has existed since the mid-1990s is replaced with a terminal that could handle more buses and more riders, Carpenter said.

The plan is to give Ypsilanti a transit center more comparable to the Blake Transit Center in downtown Ann Arbor with a fully staffed customer service counter, in addition to restrooms and a rest area for passengers. bus drivers.

The pre-pandemic cost estimate for the new station was around $16 million, Carpenter said, adding that number may need to be updated as plans are finalized.

Current federal funding will help complete the plans, and perhaps in a year or two TheRide will be able to make a proposal for federal funding to help with construction costs, he said, adding that the objective is to get the federal government to pay half.

The agency’s mileage proposal calls for construction of the new station within the next five years. It also specifically plans to allocate more than $100,000 per year to hire two additional customer service agents to staff the Ypsilanti Transit Center during normal weekday business hours.

TheRide’s draft long-range plan for 2045 shows more than $650 million in estimated capital costs to maintain and expand transit services over the next two decades, including $175 million for public transit. bus rapid transit, $113 million for facilities, $45 million for new vehicles, $20 million for innovation and technology, and $298 million for vehicle repair and replacement.

TheRide can pay for about 47% of that through stable state and federal funding sources, and another 6% could come from agency capital reserves, Carpenter said. The agency also predicts that 31% could come from discretionary grant opportunities like the recent assignment, but that still leaves a needed 16% from unidentified sources.

“Discretionary is another term for competitive – you have to fight for this, you have to earn this – and the unidentified source is sort of in the same bucket,” Carpenter said, explaining that the goal is to maximize the state and federal government. funding, and the state typically provides a 10-20% match for federal funds.

“Assignments are good because it’s free money,” he added. “The big grants for facilities, for vehicles, for a lot of other things, you have to raise 50%, 40% of local money.”

With the operating budget shortfall the agency has faced in recent years, TheRide has shifted some investment funds to operations, Carpenter said, noting that the proposed new tax would allow those funds to be reallocated to be used as originally intended.

A 50-year time capsule and a show. How the bicentenary of Ypsilanti takes shape