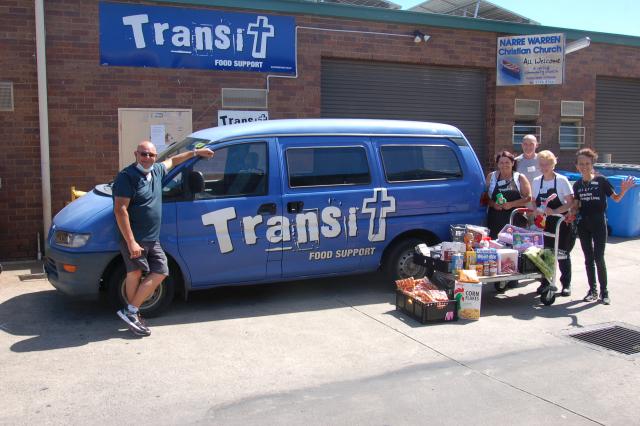 The generosity of Casey Cardinia residents showed up this Christmas with over $17,000 in gifts and non-perishable food items donated to the Casey Cardinia Libraries (CCL) “Deliver Joy” campaign, nearly doubling the amount raised in 2020.

“Deliver Joy” issued a call to action for people who want to give back and help those who are doing it hard this holiday season.

Dot O’Neiil is Food Support Coordinator at Transit, whose brilliant team of 70 volunteers have helped distribute food donations and gifts in the Narre Warren area.

She said her organization had been blown away by the extent of the community’s kindness, so much so that it had struggled to find storage space at the Narre Warren Christian Church on Webb Street.

“We weren’t expecting this much, but we were delighted,” Ms O’Neill said. “We found we had to find space in the church, but we found some really lovely people who were able to give presents for Christmas.

“We had lots of gifts for kids, like games, and things for teenagers and seniors as well. And food was really, really important.

“One person in particular said ‘without you we wouldn’t have had Christmas’. It’s worth it.”

In years past, library members could have their library fines waived in exchange for donated gifts and food, however, in 2018, the CCL permanently removed outstanding fines, which changed the orientation of the 2021 campaign.

CCL executive director Beth Luppino said it was inspiring to see the generosity of library members, even when waiving overdue fines was no longer an incentive.

“Removing outstanding fines at the CCL has proven to be a great success.” said Ms. Luppino.

“There has been a relatively small increase in backordered items, more items being borrowed and

there was a marked reduction in “lost items”.

“CCL partnered with seven local charities during the six-week campaign, including Transit Outreach Service, Andrews Centre, Cranbourne and Casey North Center for Information and Support Service (CISS), Primary School of Hampton Park, the Emerald Lions Club and the Salvation Army (Pakenham), to ensure donations were distributed to those most in need.

Outside of the holiday season, Transit provides meals and food for those who are roughing it from Narre Warren Christian Church.

You can donate to Transit by contacting them online at transitoutreach.org.au