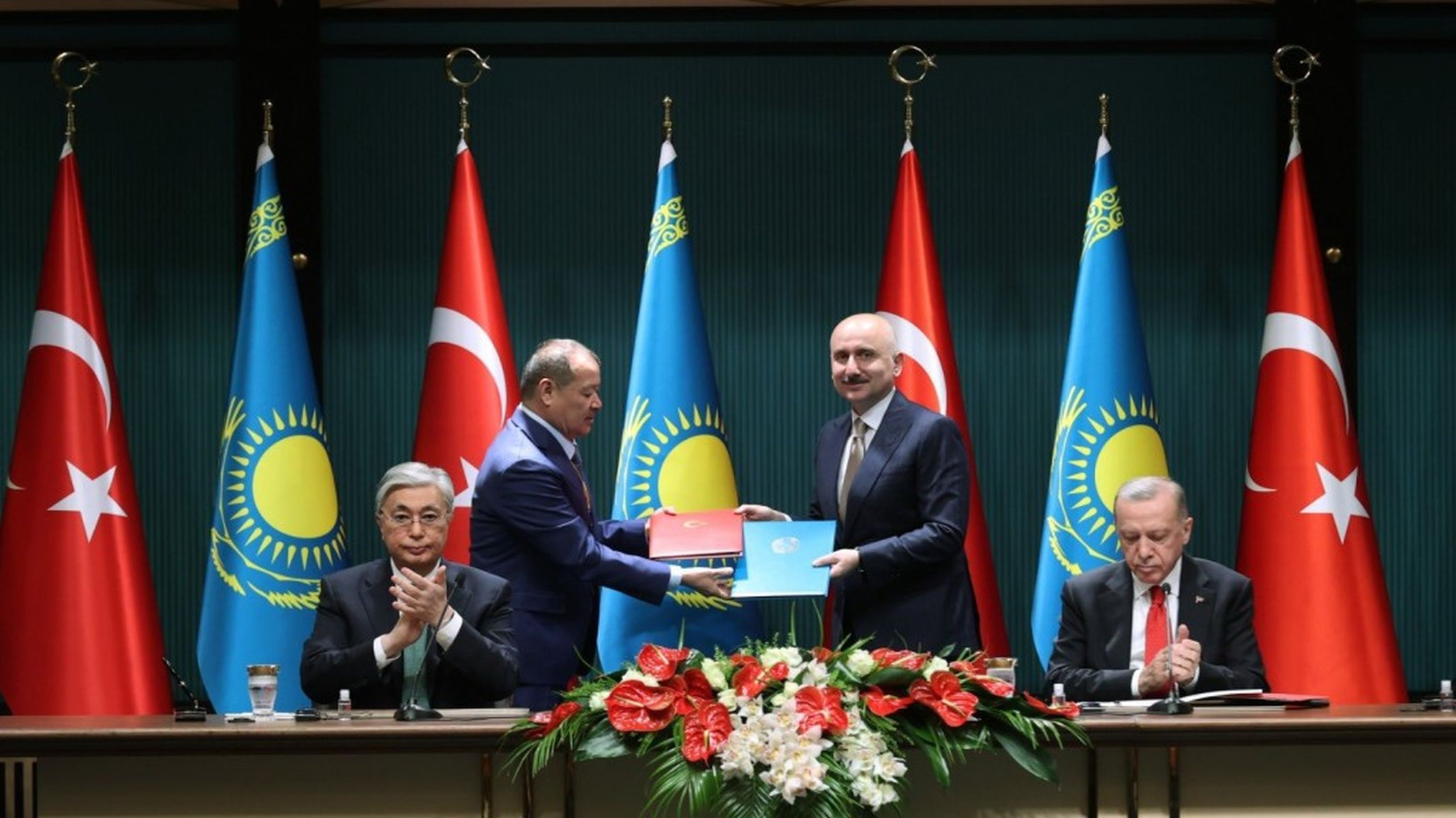 The transit passage document quota with Kazakhstan will increase by 7.5 times

Transport and Infrastructure Minister Adil Karaismailoğlu announced that an agreement had been reached with Kazakhstan to increase the quota of transit passage documents from 2,000 to 7,500 by multiplying it by 15. Karaismailoğlu said that the number of third country passes had been increased to 3 for Turkish carriers, and pointed out that there had been an increase in the quota with Kazakhstan after years.

In his written statement, Minister of Transport and Infrastructure Adil Karaismailoğlu recalled that transport to Central Asian countries is usually carried out on the Iran-Turkmenistan route, but Turkmenistan has closed its border gates to complete vehicle traffic due to the epidemic. Stressing that the only alternative is the route from Kazakhstan after this development, Karaismailoğlu noted that the current quota of transit passage documents with Kazakhstan is 2,000, and documents submitted under the Ro-Ro condition incur additional costs. Karaismailoğlu said, “It has hurt our transport to Central Asian countries, especially Uzbekistan”, and said that the Turkey-Kazakhstan Joint Land Transport Commission (KUKK) meeting was held in Ankara on May 9 to improve land transport between the two countries.

ADDITIONAL DOCUMENTS WILL BE GIVEN UNTIL THE END OF MAY

Stressing that the meeting took place in a constructive environment worthy of friendship and brotherhood between Turkey and Kazakhstan, Transport Minister Karaismailoğlu pointed out that important decisions were taken during the meetings. Pointing out that there was a quota increase with Kazakhstan years later, Karaismailoğlu said: “In 2022, a total of 11 bilateral transit documents and 2 of which will be used in Ro-Ro lines, a total of 100 transit pass documents will be exchanged, with additional documents, without Ro-Ro conditions agreement has been reached Number of third country passes increased from 15 to 3,000 for Turkish carriers Additional documents will be exchanged by the end of May,” he said.

Explaining the temporary quotas agreed for 2023, Karaismailoğlu continued as follows:

“For the Turkish side, 10,000 uniform passage documents will be exchanged in two batches. All these documents will be valid at land border gates. A total of 2,000 transit pass certificates, of which 15 valid in the Caspian Sea, will be issued and 2 transit documents to a third country will be issued. In addition, if additional transit documents are required, the request will be promptly reviewed at the request of the other party. It was also decided to cooperate in the areas of digitization of transport, electronic pass, pass distribution system. To this end, the Turkish delegation invited the Kazakh delegation to a meeting at a border post in Turkey to exchange information. With the KUKK meeting, the cooperation between the two countries will become even stronger.