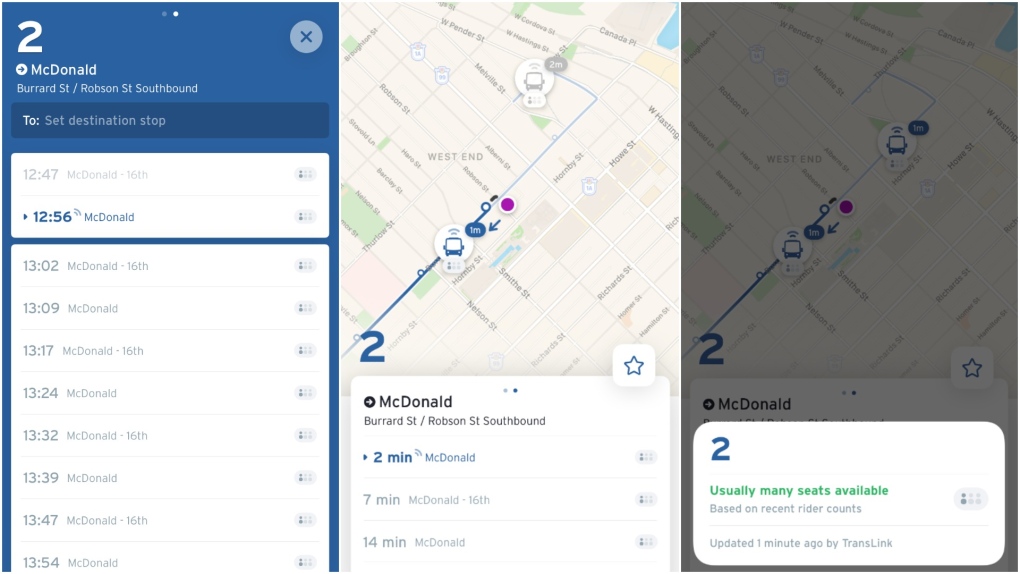 Wondering if you can fit in transit with your suitcase? Are you trying to avoid overcrowding situations due to COVID-19?

A new feature launched by TransLink and the creators of the app simply titled “Transit” will help potential passengers know what to expect before getting on the bus.

TransLink announced a partnership with the applications company on Wednesday. Other public transit agencies have already partnered with the Quebec application company, including the Toronto Transit Commission and the SociÃ©tÃ© de transport de MontrÃ©al.

According to Metro Vancouver’s transit provider, the Transit app will allow those waiting for a bus to see the estimated number of seats available.

“The new feature will help customers feel confident knowing there will be room in their vehicle before they leave home,” TransLink said in a press release.

As before, customers planning a trip through the app can check the real-time location of a bus on the route of their choice. But now there will be a symbol indicating how many seats are probably empty.

TransLink said the rating categories will allow an app user to know if there are typically many seats, some, or standing only on that route at that time. These ratings are based on historical ridership data, the transit provider said.

This is a feature that has been available on SkyTrain lines for some time via Google Maps.

For example, Wednesday at noon this app reported that the Expo line is generally “a little busy”.

But there was no estimate for the number 22 bus along Clark Drive to downtown. Instead, Google Maps asked the app user to rate whether it was “not crowded”, “not too crowded”, “crowded”, “very crowded” or “at full capacity”. .

It looks like a similar feature will be available through Google Maps when enough passengers submit their reviews.

The Transit app showed that an incoming bus 22 usually had plenty of seats available at that time, but suggested the SkyTrain might be a bit busier.