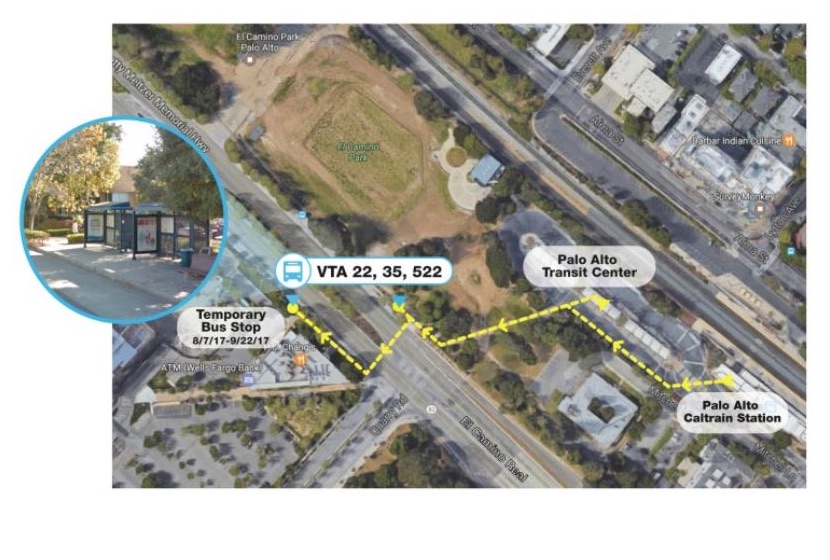 The Palo Alto Transit Center bus depot will close Monday, August 7 through September 21 as the city’s public works department repairs the sidewalk on and around the University Circle. This is the second time that the bus depot has been closed this year.

The project will replace 12,000 square feet of concrete paving, install 870 square feet of sidewalk and install or replace six ramps. A complaint about ramps with the Americans with Disabilities Act will also be added to the island in front of the Macarthur Park restaurant.

The transit center was previously closed for nine days from January 17-26 due to a construction project in the city.

Caltrain will not be affected by the closure.

The Santa Clara Valley Transportation Authority will be placing a temporary eastbound bus stop on El Camino Real in front of PF Chang’s Restaurant at the Quarry Road intersection. The stop is accessible via a paved path through El Camino Real. To reach the temporary bus stop from the Caltrain depot, VTA passengers will need to walk or travel the approximate distance of six lanes of traffic and then cross El Camino Real. The agency will drop off westbound passengers at the start of the path through El Camino Park.