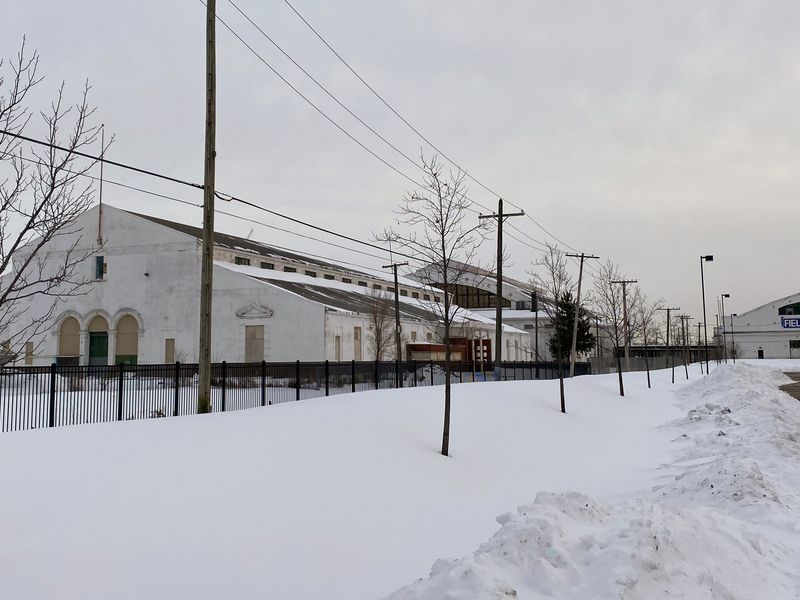 With the placement of the new Fairgrounds transit hub decided, is Detroit just “ticking the box” on preservation?

The city has promised a feasibility study on the preservation. This study is part of the Request for Proposals and Qualifications that the Detroit Building Authority sent out on January 25 to find companies to design and build the transit center.

The contractor chosen by the city’s construction agency will assess the condition of the Coliseum and Dairy Cattle buildings and a third neighbor, the agricultural building, and as part of his work will consider whether they can be “reused. adaptively or partially integrated into the final design “. from the transit center, said DBA director Tyrone Clifton.

â€œBurying that part of the RFP in a plan that forces the transit hub to go to this property doesn’t seem to do these buildings justice,â€ Anderson said.

Clifton said the DBA must work with the city-owned land allocated to them for the project.

“We take the feasibility study seriously,” he said.

About 50 contractors, engineers and architects attended a pre-offer event on February 9 and Clifton expects several responses to the offer, hopefully with creative reuse ideas. . However, the design must also meet the needs of DDOT. Long term operating costs will be taken into account.

â€œThe successful design-build business might give us something that we don’t envision that might make sense,â€ Clifton said. â€œWe are looking for companies that have already carried out this type of project. Transit, hopefully incorporating an existing facility into something that can meet a need for transit. “

The price for the design and construction of the transit center, $ 6.4 million, includes the 90-day feasibility study. Qualifiers are due Monday, then finalist proposals must be submitted and interviews conducted the week of March 1, with a decision to be made around the week of March 8.

Anderson said he was concerned that the “Venn diagram” between companies responding to a transit hub tender like this and those with the skills to assess and determine building reuse is “likely extremely weak”.

The approximately 4,300 square foot transit center would replace an existing center on Woodward near State Fair, adding heated indoor waiting space, Wi-Fi, checkout window and bathrooms. It is a very busy area and the new hub would serve up to 30,000 passengers per week. Its opening is scheduled for May 2022.

Grunow asked why preservation was not put into play in a more holistic way. He said this appeared to be seen as entirely separate from the Detroit Department of Transportation’s Fairness Study and Community Engagement that resulted in DDOT’s decision in early February on the final location.

â€œI don’t know why they keep running on these weird parallel tracks,â€ Grunow said. “The city seems to be determined that these don’t work as well in tandem as they appear to be.”

Detroit Transit Executive Director Mikel Oglesby told Crain’s that aspect of the project was not factored into DDOT’s decision on the location.

â€œ(The Detroit Building Authority) is taking it to the next level. What we’re doing is we’re going to continue to involve the public in the development of the facility,â€ Oglesby said.

Reuse is outside the scope of the transit equity study that preceded the final location selection, he added.

The fairness analysis required by federal law examined the potential impacts of the bus station on low-income users and surrounding communities. DDOT has also solicited public comments on the transit hub. The location was chosen for the way it fits into the development of the site, its location near the anchored plaza in Meijer and for ensuring connections to bus routes and to traffic entry and exit points. towards Woodward and Eight Mile Road, said Mikki Hendrix, director of DDOT’s transit ambassador, in a November public audience. Several other locations suggested during the workshops were not chosen.

There was also concerns About the transit hub placement of transit advocates, some of whom say is too set back from the main road, there has been a lack of public input on transit issues and lack of attention to disabled users.

There’s yet another building that the public seems to want to preserve: a bandshell that sits on the property designated for Amazon’s facilities. After the backlash online, Amazon said it was considering preserving the venue, according to the Detroit metro schedules. An Amazon representative did not respond to a request for comment from Crain’s.

Preservation takes money, and Amazon has it, Grunow said. He is interested in knowing what the company will do.

“If they wanted to do something positive around these buildings, they could. They have the means to do it,” he said.